‘You can come home’ is the new single and music video from ‘Nyil’a’. 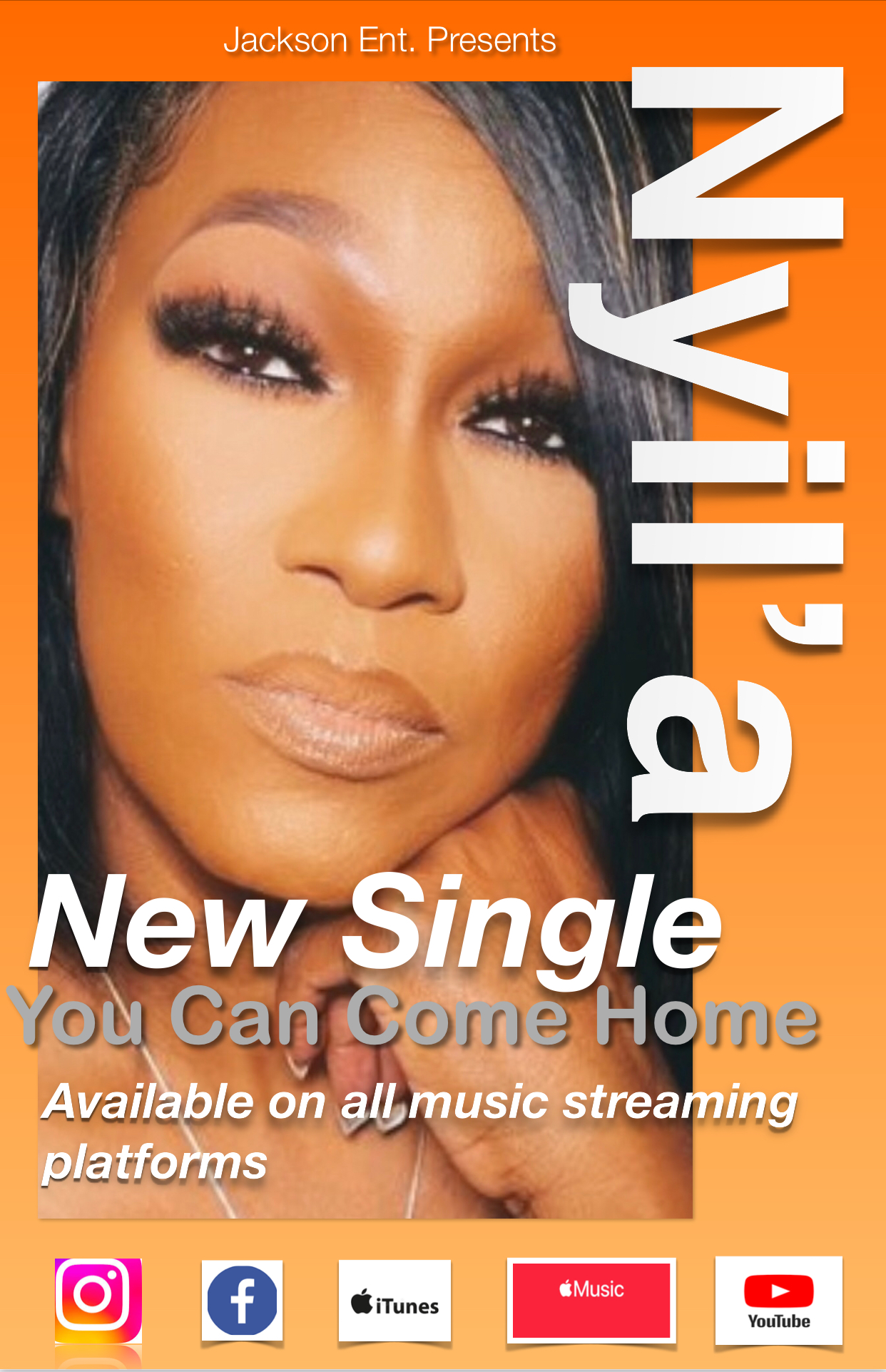 ‘You can come home’ is the new single and music video from ‘Nyil’a’. NYILA Webster is a native of Kansas City, MO. During her modest mid-western upbringing, she listened to the melodies of Natalie Cole, Mini Rippleton, Denise Williams and the Emotions. These phenomenal and accomplished singers greatly influenced and inspired the style and genre that she sings today!

Nyila first became aware of her unique singing talent while attending high school. At fifthteen years of age, she auditioned for a Starlight Theater Production. The judges were blown away by her perfect pitch acapella rendition of “Home” from the famous musical the “WIZ”.

She would later join a band singing backup for a popular local artist on the weekends. After several years of singing backup for her, she put together her own group called PLUSH. They performed with Kansas City’s own Grand Jury Band who later changed their name to Low-Key (the chart topping Minneapolis oriented ensemble).

She along with her dynamic trio had the spectacular experience of performing the National Anthem for their hometown baseball team the ROYALS! They were often seen around town representing their city as the KC Dream girls! Another amazing event that will always be dear to her heart was the New Year’s Eve performance at Prince’s Paisley Park!

From there came numerous opportunities to open up for renowned musical artists such as Aaron Hall,Sounds of Blackness, Avant and Smokie Norful just to name a few.

Nyila is most noted for being able to sing ANY song and for the ability to sound like anyone she chooses! What a profound talent for the world to see!

This new release entitled “YOU CAN COME HOME” with it’s heartfelt message is sure to serenade your ears leaving you with a warm and fuzzy feeling inside. Nyila hopes that this song will unite couples that have been separated to help mend broken relationships in hopes of finding that spark again and to come back to try LOVE once more.

Please join us in welcoming the new hit single from Jackson Entertainment and ENJOY!