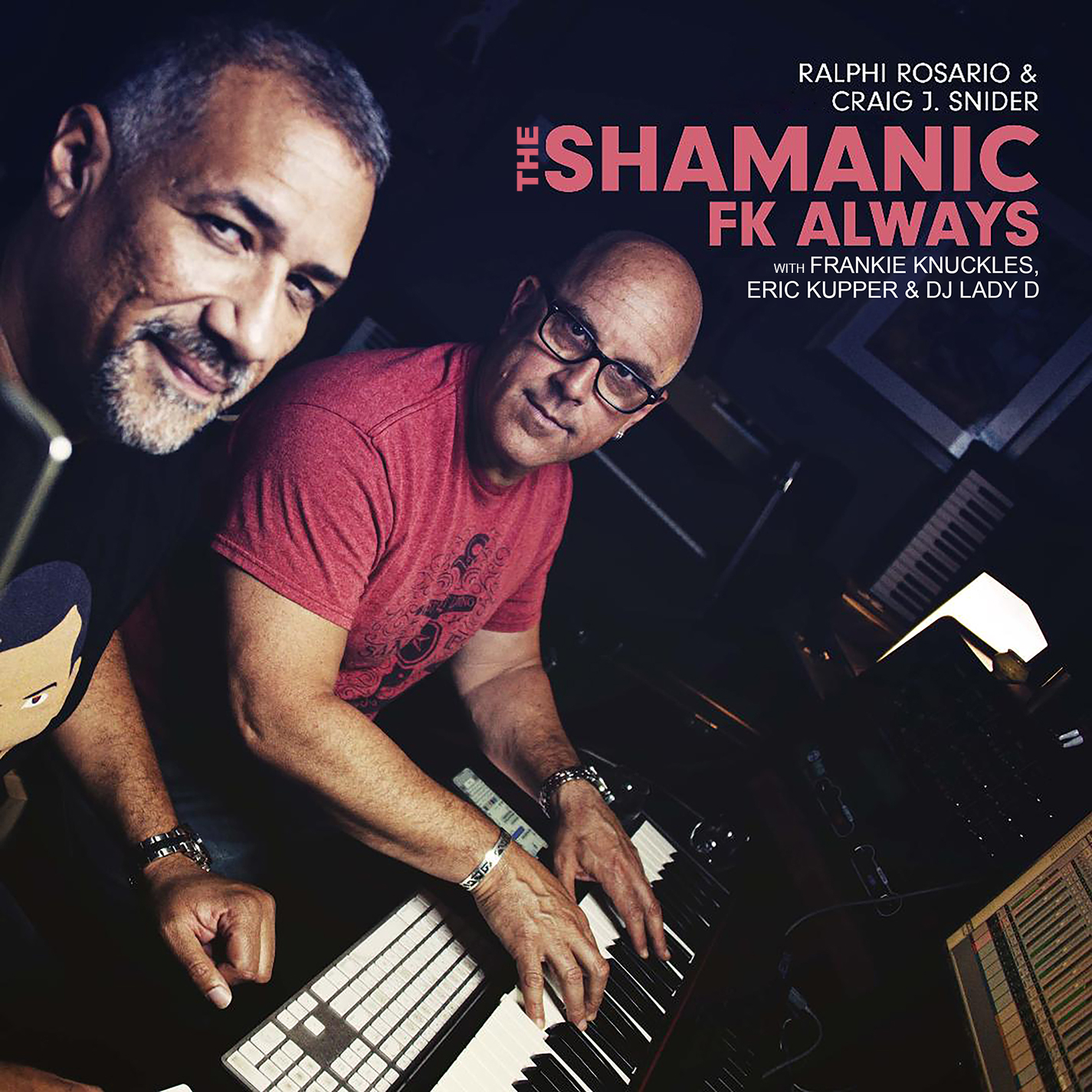 Wake Up! Music, and The Shamanic (comprised of DJs/Producers Ralphi Rosario and Craig J Snider) officially released their tribute to DJ Frankie Knuckles, “FK Always”, on January 18, 2022. It is an especially important anniversary as it marks the birth date of the now-deceased legendary artist. Knuckles was the global Godfather of House music and a longtime friend and mentor to the Shamanic, as well as to hundreds of DJs/Producers worldwide. “FK Always” is a loving homage to him and to the indelible legacy he left that will be passed on for generations to come. The track features actually spoken word commentary by none other than the master himself: Frankie Knuckles.

Craig J Snider is a Composer, Producer, Remixer, Songwriter, & Multi-instrumentalist. . He is also known for his success as a Producer, Arranger and Keyboardist on a string of Remixes & Album productions that have topped Billboard’s dance chart (32 Number One Hits!). Recently Craig Remixed Stacey Jackson/Snoop Dogs “Live It Up”, Lady Gaga’s “Stupid Love”, & Dido’s comeback single “Give You Up”. His latest project with acclaimed DJ Ralphi Rosario, The Shamanic just released their first top 10 single “Fire” to rave reviews. He also produced David Cassidy’s Last Ep release “Songs My Father Taught Me” featured in A&E’s documentary “The Last Session”, filmed and recorded at his Mix Kitchen studios (#1 on the Amazon Jazz Chart).

This past year as a film composer, Craig completed the score and music supervision for Director Writer Nancy Goodman’s new Romantic Comedy “Surprise Me” now on Amazon Prime. Recently he also scored the Documentary film “Hayden & Her Family” for film maker May Tchao. This spring Craig completed the score for the upcoming CNN series “Dark was the Night” slated to air in January of 2022.

Craig also has broad experience as a composer of original music for advertising and television. He has placed numerous songs & or composed music for television shows including: American Greed, The Voice, Corporate, Madame Secretary, MTV Real World, & Sex and the City. In 2008 He Co-Founded Mix Kitchen (www.mixkitchen.com). His commercial credits include music for Weber Grills (New Campaign 2020) Nissan, AMC Theatres, ESPN, Blue Cross, Gatorade, Toyota, and McDonald’s.  As a live performer, Craig served as a Keyboardist, MD, Vocalist and Producer for the David Cassidy Touring Band, MD for Krisitne W, & has performed with the Shamanic…

Because of his love for music and his need to share it with others, Ralphi Rosario began spinning records for friends at many events during the early 80’s. Almost a quarter of a century later, he still spins for legions of friends at massive events around the globe in such countries as London, Spain, Brazil, Canada, and others. His acumen as a DJ for the dance floor is undeniable. Shortly after his start as a DJ, Ralphi created dance/house music history as a member of the world renowned Chicago HOT MIX FIVE. The HOT MIX FIVE has received legendary status, world wide. Radio Station WBMX was on its way to giving birth to the House music pioneers of Chicago. Ralphi delivered his DJ mix magic to the masses over the airwaves for over a decade from 1980-1994. Add to this his original production work and remixing talents and the music industry had a recipe for a legend in the making. To this day, he maintains a DJ residency in his hometown Chicago.

That’s just skimming the surface of his remix credits. In 2012 He received a Grammy Nomination for his work as Rosabel with his long time production partner DJ Abel Aguilera (As his Rosabel Moniker). The song was Rihanna’s “Only girl (in the world). Most of Ralphi’s own production work has proven to also be hugely successful. These came in the forms of the Latin infused “Brinca” and the monster crossover “Take Me Up” with vocalist sensation and longtime friend Donna Blakely. “Take me up” reached number 1 European status, remaining in the number 1 spot in 1998 for 2 solid weeks. In 2000, “Don’t You Want My Love” with Debbie Jacobs, (collaborating as Rosabel) and the popular “CHA CHA HEELS” by Rosabel Featuring Jeanie Tracy. Both were featured on HBO’s ‘Sex and the City’, Showtime’s ‘Queer as Folk’ & the tv sensation ‘Do you think you can dance’.

Ralphi Rosario & Long time co producer Craig J. Snider also contributed musical spots for the HBO Series “SEX AND THE CITY” All 6 seasons while the show was in full operation. His music production & credits go well beyond the calling of the DJ and dance floor. Ralphi Rosario’s career is chockfull of creativity and major accomplishment. There is no question to his many Global fans, colleagues, and friends in the music industry that he is in fact, a mega producer; Grammy Nominee and a full on Electronic and Dance Music Legend.