Two Awards For ‘Fadi Awad’ in Eastern Europe and His Tribute To Michael Jackson! 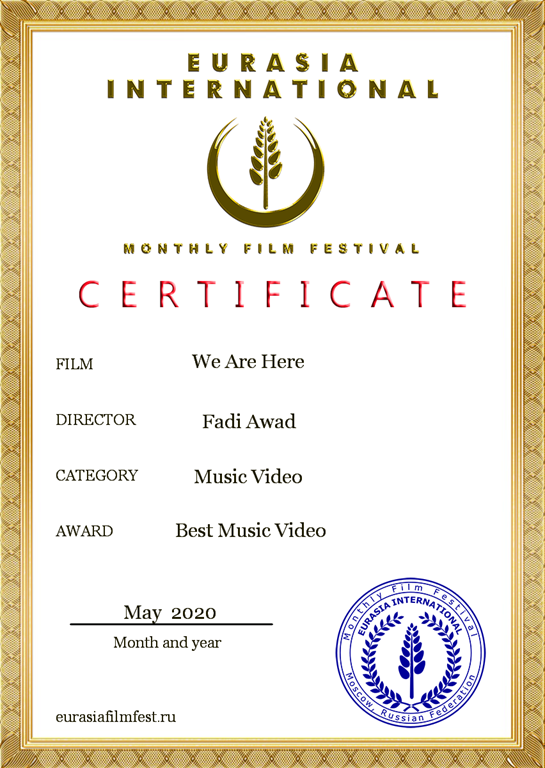 It’s good to see The Multi-Awards Winner Artist Fadi Awad participating in some important Contests and Festivals in Eastern Europe as he’s a one-love international artist who also loves that side of the world and likes to participate in some of its big international events… On June 24 2020, The “Kyiv Film Festival” – Ukraine has announced their winners names for this year and it was so good to see the name of artist Fadi Awad winning The “Best Musical Short” Award with his masterpiece “To Glory Land”, labelled by “Proconwire”… This is the 4th Award for this Score after winning in “The 5 Continents International Film Festival”, “Palermo’s Eurovision Film Festival”, and the “American Golden Picture International Film Festival”: https://medium.com/@WorldPress/fadi-awad-wins-in-kyiv-film-festival-a83064dfc1aa

Then, Fadi Awad continued his successful participation tour and won in The “Eurasia International Film Festival” in Moscow – Russia. His ultimate score “We Are Here”, labelled by “Proconwire”, won The “Best Music Video” Award there. This is the 4th Award earned by this wonderful track after winning in “The Canadian Cinematography Awards”, “The Global Peace Song Awards”, and “The Best Shorts Competition”: http://eurasiafilmfest.ru/wp-content/uploads/2020/02/WINNERS_LIST-4.pdf

In his related press interviews, Fadi thanked the Organizers, Judges, and Crew of both festivals for the appreciation, as well as all his supporters for always being there. He also confirmed how special and important for him is to win there.

Fadi Awad has also done a wonderful tribute to Michael Jackson by reconstructing legally the old gold hit “Off The Wall” in collaboration with Dan De Leon featuring Shawn Breathwaite. The project’s original extended version has been premiered on Kiss FM 104.7 and Cali FM radio stations. It’s labelled by “Pump Records” and distributed to all the digital platforms by “The Orchard/Sony Music”.  The release of this awesome project will be in 2 singles: The first one contains the original extended remake and radio edit versions and will be released on the 3rd of July 2020, followed by the remixes single few weeks later… The project fits the radio stations, the clubs & festivals dancefloors, the DJs sets & shows, as well as all music generations, and can be played everywhere! It’s really expected to succeed. Fadi mainly focuses on how musically strong are the artists that he collaborates with so that the project succeeds. It’s the way he works and he’s well-known about that: https://music.apple.com/ca/album/off-the-wall-feat-shawn-breathwaite-single/1520515090

Congratulations to Fadi Awad on The Awards, and to him and his collaborators on Michael Jackson’s Tribute project. Wishing everyone the best of success! 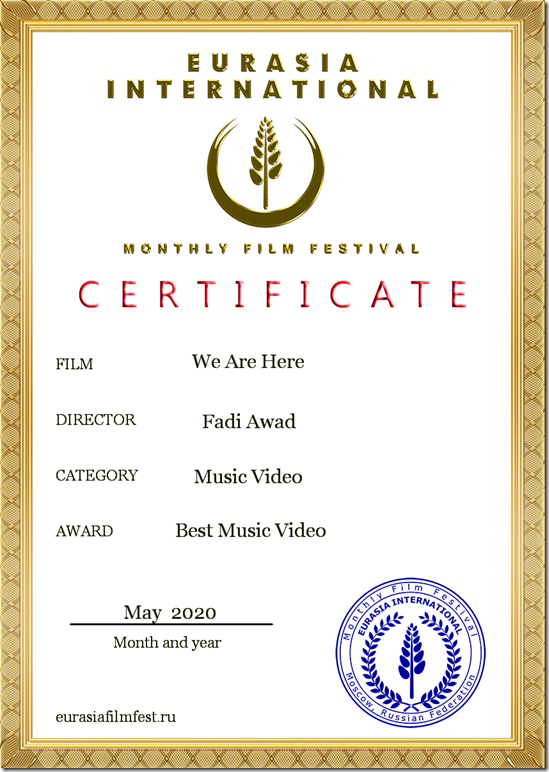