The synthpop duo, THE ET BOYS, have been sequestered in the recording studio and drop stunning new album ‘Forever Night’. 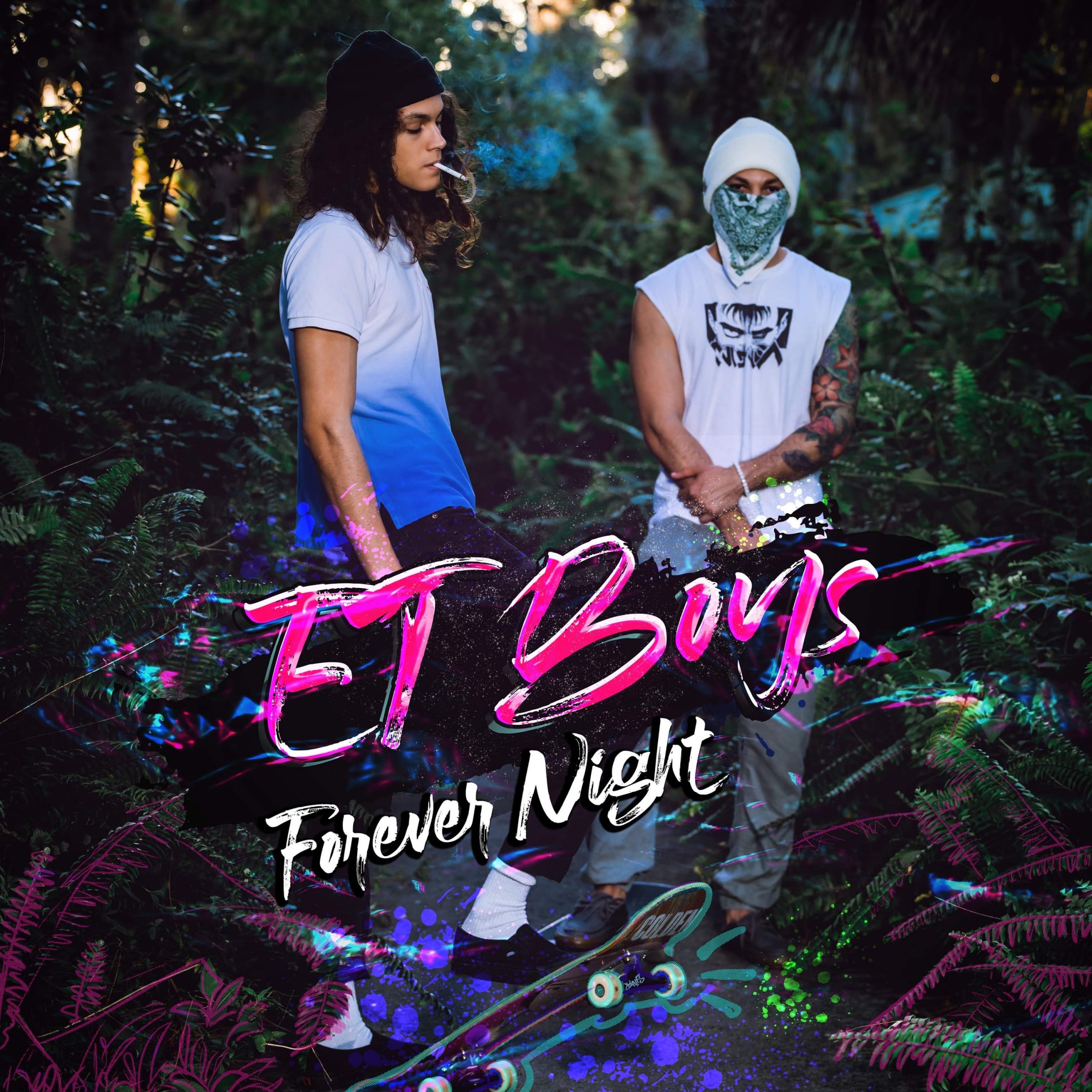 The synthpop duo, THE ET BOYS, have been sequestered in the recording studio adding some finishing touches to this debut LP, and are now officially prepared the let the needle drop. Overall their sound can be best described as Nu Pop Electronic Melodic Rap. The “Forever Night” album captures some of their finest work to date.

The ET Boys are two Latino brothers named Tacboy and Sharkeyes. Born in Chicago but hailing from Broward County, Florida, Tacboy takes lead as the vocalist – lyricist creating to the songs written and performed by Sharkeyes.

Tacboy sings with a sense of freedom and a look that evokes visions of Jim Morrison. As the frontman, he mesmerizes both with his voice and looks, not to mention his lyrics. Sharkeyes (a name dubbed by his younger brother because of the sibling’s unique black onyx eye color), provides the entire instrumental accompaniment on their releases. His tunes are distinguished by a variety of influences, drum beats, and interplaying melodies.

“These sounds can not be forced into creation but rather are born from the bonds of brotherhood,” states Sharkeyes. This is young, fresh, nu music – the ET Boys Nu Pop sound.

“Anthem” (part one) – from the album Forever Night
https://www.youtube.com/watch?v=O6ChH3sHzkg