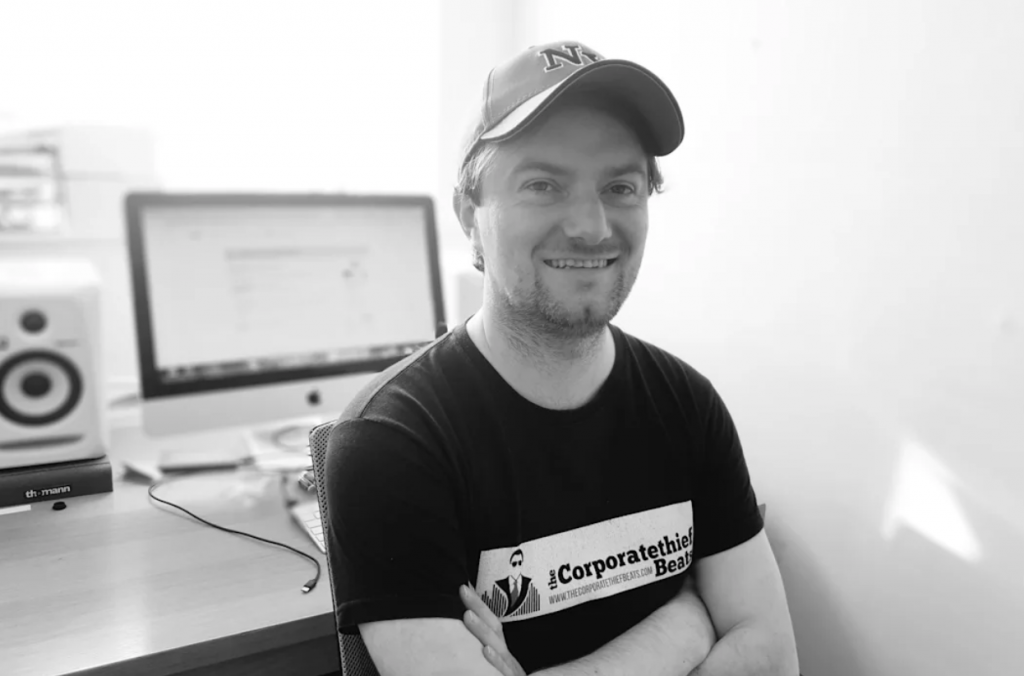 His love for this led him to found The CorporateThief Beats, which is focused on providing rap instrumentals as well as beats for mixtapes or albums!

Daniel Hartnett started The CorporateThief Beats with one goal in mind: to provide rap artists, singers and content creators an easy way for them to showcase their talent.

Today it seems like every hip hop artist has a mixtape or album coming out, but not all of those releases will be made possible without the use of beats and instrumentals from someone who knows what they’re doing. This is why we’ve committed ourselves fully here at The Corporatethief Beats.”

He’s been in this game long enough to know how it works, and he wants you along for the ride. The CorporateThief Beat Blog is his way of giving back by sharing advice that will help your music marketing efforts take off like never before!

Daniel, who creates the beats for The CorporateThief Beats understands that having and promoting a musical career can be quite tricky and so many might be at a loss on what to do. This is why alongside beat production, the music producer has used his experience gathered over the years to write and share music marketing advice with his audience on The CorporateThief Beat Blog.

About Daniel Hartnett – Aka The Corporatethief Beats

Daniel Hartnett’s professional music production career started out at Galway Technical Institute, where he studied live sound engineering and scored some time in the recording studio. From there he went on to Dublin where he studied music production at The Academy of Sound Dublin. After that, Daniel continued his music production education at The Academy of Sound Dublin where he graduated with a Higher Diploma in Music Production and Sound Engineering. Daniel uses a mixture of Logic Pro-X and Pro-Tools to produce hip hop and pop music.