‘Taot Recordings’ releases a 17 track album titled “As of Now” 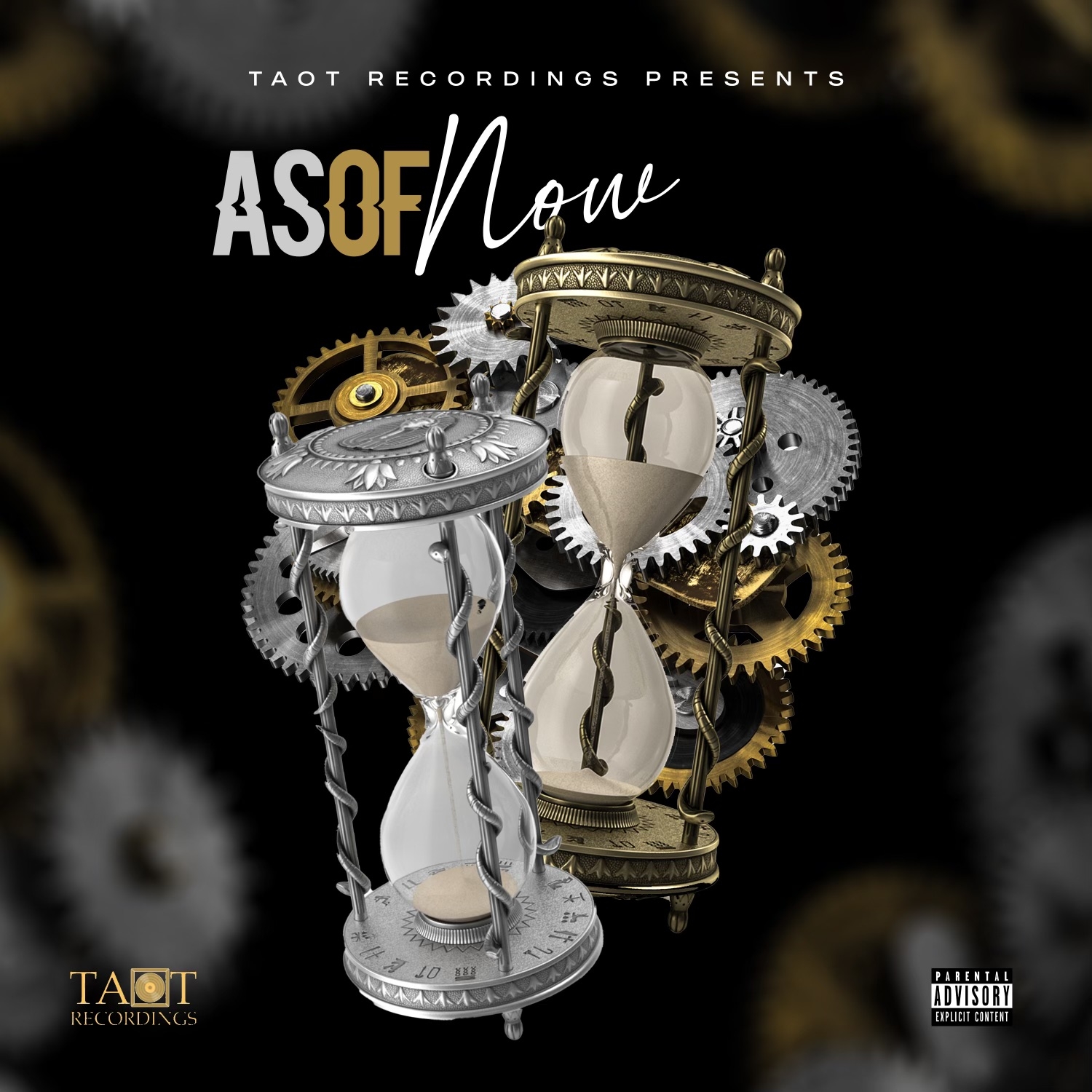 The first track certainly sets the tone on this project. “Let’s Talk About it” is an unwrinkled, easygoing, head nodding dose of Boom Bap! Canadian emcee Righteous and Gang Starr Foundation Big Shug manifest grown man bars over this tightly produced track by bvtman. DJ Mercilless adds value with some high-level scratching along with Righteous chanting “As of Now, Let’s Talk About it!” Big Shug ends off the track with some ear pleasing melodic vocals.

The listener is then in for a treat for the Statik Selektah produced “Fortunate” featuring Rashad Roulett, Ikee Mula and Brooklyn veteran Thirsty McGurk. The synergy between these three emcees seem so natural. The listener has been hit with a second dose of Boom Bap!

The listener isn’t safe because they are about to become hooked! Es and Elzhi team up for the J.Pal produced Smash “Attack!” DJ Mercilless adds the finishing touch on the 1’s & 2’s. Overall it’s a psychedelic experience!

At this point the ear becomes attentive. The sounds that begin to travel through one’s ear canal is the DJ Merciless produced Reggae influenced anthem “No Fear” By Toronto based group Usual Suspektz.

“The Governors” is up next by Parliament Hill. Parliament Hill is the amalgamation of two legendary Toronto rap groups Concrete Mob & Point Blank! The merging of the two groups is unprecedented! To top it all off the Rap Prime Minister/Canadian Godfather of Rap, Maestro Fresh Wes appears on the track with a solid verse.

The celebration continues with 8ch2Owens and “Party Hats!” DJ GlibStylez assists with some swift, high energy cutting throughout the track.

By this time the party has just begun so it’s time to put on your Adidas and step into the world of Blackitivity. “My Adidas” is not a Run DMC remake. Let’s just say that all day I dream about “As of Now!”

After stepping in the world of Blackitivity the listener lands in the Tri City area and is now exposed to Emcee/Producer Pro-Logic who makes his mark with “Walking in The Rain!” He reminds us that music will always get us through those hard times.

At this point the listener wonders if they are hallucinating because they somehow ended up on Turtle Island with Rulerz Inc. Underground God MC, Mr. ripley! Anyone listening to this track will be drawn to the horn laced beat and the chorus. Mr. ripley slashes through with the Statik Selektah produced “Antique Razor”

Following such a musical trip the next high can be unpredictable! Don’t expect the high to wear off anytime soon though. The album continues with more of that good stuff.

Fraction joins forces with Finsta on this recording for “Put in Time!” Both demonstrate why they are masters of the art of emceeing!

Illah’s “She’s a Rydah” is another sharp track from this release. Be careful out there though because “She makes a grown man want to cry!”

Van Glorious goes out to “Get It” with Statik Selektah. The world is yours for the taking! So, get up. get focused and get it!

Dallas Texas native Lejend connects with Architect to put you into the “Know” If you don’t know and now you know! Now you know, what you gonna do?

The album ends off the same way it started. Powerful! The final track on “As of Now” is titled “Energy” by frequent Young Noble collaborator Deuce Deuce. “Energy” features the heavenly vocals of the late Faith Walker. The track is inspirational!

This compilation is one of the better albums of 2022. It deserves a lot more exposure then it has received.