Singer/songwriter, entrepreneur and CEO ‘Alice Jacob’ aka ‘Alley’ releases new single ‘Tell Me You Love Me’. 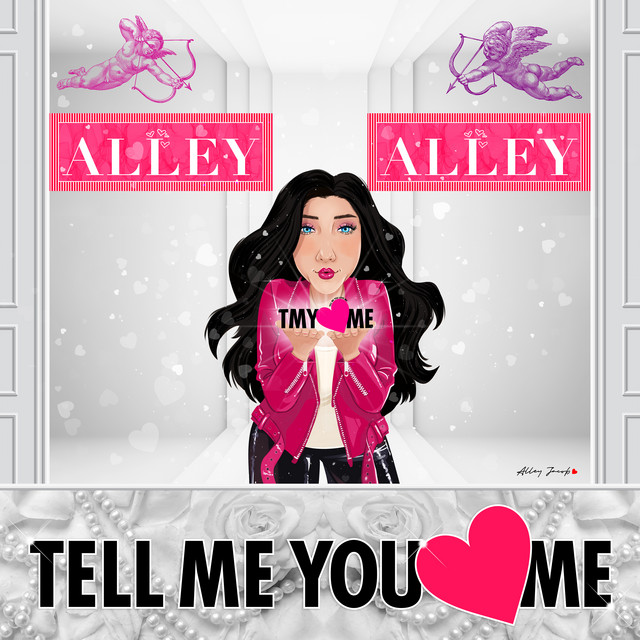 Meet Alice Jacob aka Alley, singer, songwriter, entrepreneur, and CEO of Alice Jacob Productions, LLC. Alice was born in India but came to America at the early age of 2. She grew up in a quintessential small town in upstate, New York. Her backdrop was of rolling hills and side-by-side farms. As a child, Alice’s imagination grew to have a passion for the arts. She exudes in theater, screenwriting, romantic comedies, and action adventures.

While attending theater classes at her local community college, Alice was cast as an extra in a high-profile featured film, The Accidental Husband starring Uma Thurman, Jeffrey Dean Morgan, Colin Firth, Isabella Rossellini, and Sam Shepard. The lights and cameras exposed Alice to another side of Manhattan. Alice attends screenwriting 1 and 2 at Gotham writers’ workshop. She continues her focus and grind and lands an agent and penned comic book and action-adventure stories. She authored a romantic comedy novel entitled, Gypsy Island.

At that time in her life, Alice worked in the medical field. But fate has it; she lost her job as an LPN nurse. Something inside of her told her to “write songs…” “Write songs.” This started her journey of creating music and infectious melodies. And while networking; one definitive option superimposed the other. With the power of prayer, Alice connected with TV, film, and music composer Adonis Tsilimparis of CSI: NY and NCIS.

Alice became a music disciple and continuously perfected her craft. You can say, she loves worshipping God through music. as if a tapestry of notes and melodies rain down and encompasses her heart. While expanding her music portfolio, she met Michael Black, CEO and Founder of Karisma Entertainment Group, and former an executive for Warner Records. Michael Black took a liking to her music demo and immediately took her under his wing. Michael mentored Alice with his music business insight and introduced her to Sony Records/The Orchard Global Music Distributor. At Sony Records/The Orchard she met Michael’s colleagues, Rob Schwartz, and Kevin Crump. Rob Schwartz is the CEO and Founder of WHO? MAG multimedia I Fame TV, and director and producer at Chetown Films. And Kevin Crump is CEO of Mardenee Entertainment.

Alice is gearing up to release her single, “Tell Me You Love Me” in the 4th quarter of 22’. The song “Tell Me You Love Me” transcends all age groups and genders. It talks about love in three different forms. The first, a girl’s infatuation with a boy in which she never met. Secondly, remedying conflict and crisis, and lastly creationism in God’s love for us.

for collaborations and bookings at bookings @alleymusic.shop So, with the backing from these iconic industry heavyweights, independent indie artist and songwriter“ Alley in Tell Me You Love Me” and Alice Jacobproductions LLC is soon to be high on the music charts!! Check it out Tell me you love me on alley music.shop.