‘Scorer be Scored’ is the new release from Portland, OR musician ‘Matthew Heller’ 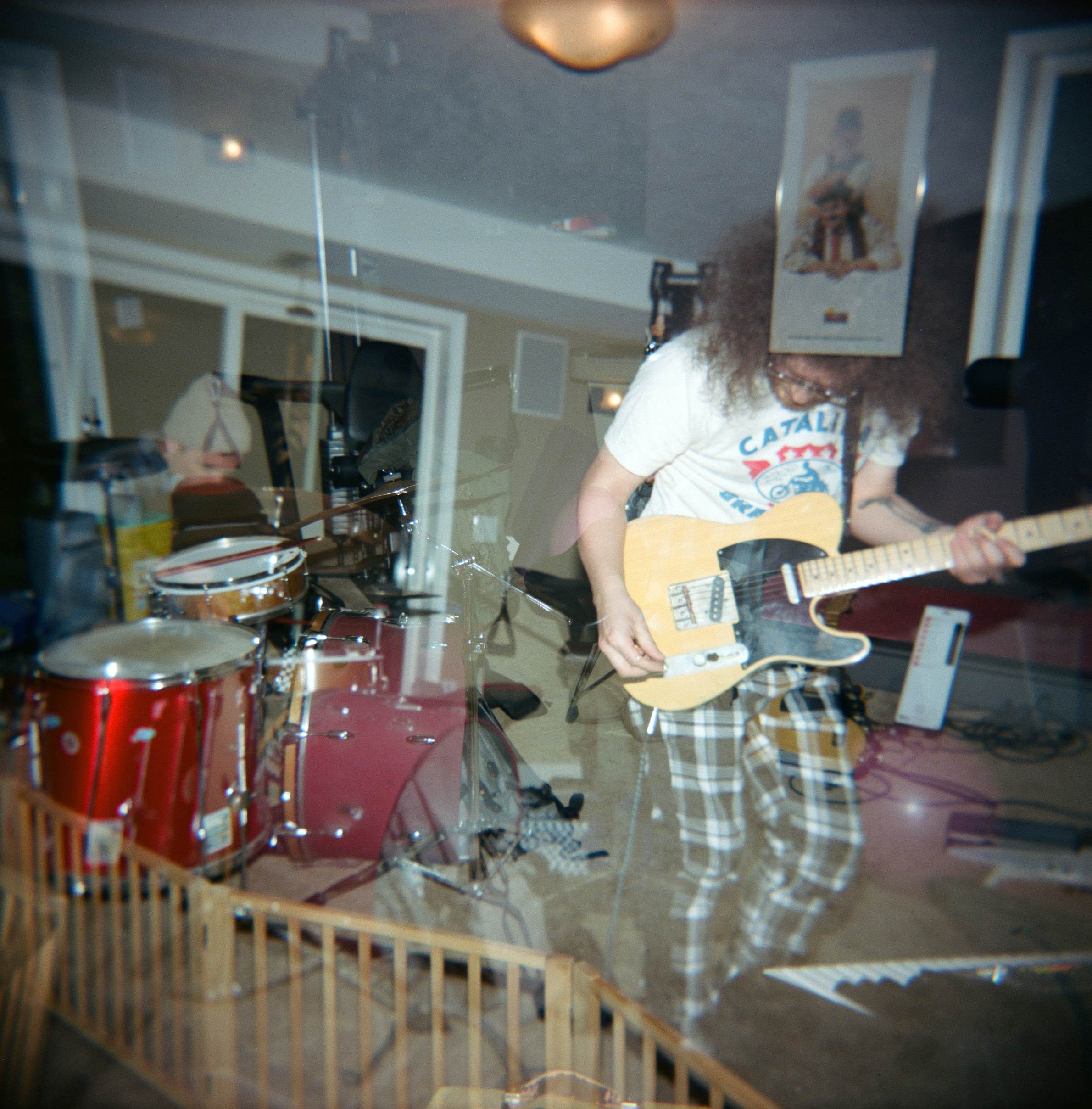 Maybe My Love Was Just Right, the new record from Portland, OR musician Matthew Heller, feels like freedom. Like the freedom that comes from letting go; of toxic relationships, of anger, of self-imposed limitations. The record prickles with palpable energy, oscillating between agitation and exhilaration. Daring to seek freedom, from the myriad demons that plague humanity, is terrifyingly thrilling. A sudden lightening of the soul can be downright giddy. The dirty pop-rock of this record, fueled by propulsive rhythm and driving basslines, ignited by tight chords and tighter melodies, feels like that.

When Heller started working with producer Mike Coykendall (M. Ward, She & Him, Bright Eyes), he was in between three different toxic relationships with partners that were abusive, malicious, and habitually cruel. For years he thought the key to writing good songs was to be found within heartbreak and loss. Even though he was writing and recording, something was wrong. Heller was going home from the sessions and breaking down into unrelenting sobs. He tried to hide it from his friends, producers, and bandmates, but eventually, his drummer, saxophonist, and close friend Ian Christensen told him he had to make a change. Heller released a beautiful record called Temple Moon Desire. The record, produced by David Pollock (CAKE, Wild Ones), is imbued with compassion born of tragedy. Spurred to tour by fans and friends, he spent hours, instead of drinking and crying, emailing venues across the US, and booking shows. The Temple Moon Desire Tour was scheduled to start February 1st, 2020 – but the global Covid-19 Pandemic brought that all to a screeching halt. As the Pandemic shut down the music industry, it also shut down the… everything. Heller started thinking about how music could still bring people together during a time of social distancing, facemasks, and hand sanitizer.

He began writing songs that told the story of the work he was doing to become a better person. Becoming a better person is not always easy, but once Heller took on the challenges of sobriety and clear-mindedness, the outcome was vast and open. Heller knew he had to keep working on music in order to survive the myriad stresses of contemporary reality. He had tracked a bunch of demos with Coykendall and Simon Winestock (David Bowie, Sting, Tears for Fears), and recorded some pristine multis Pollock. He enlisted Katie Buchanan to add some light additional production, but they ended up reproducing an entire record together over the summer of 2020. At one point, Buchanan noticed that the songs created the outline for a story of someone trying to become better. Heller realized, the whole album, every song, from all their different timepoints and origins, where only about one thing; learning to become a better person. He set out on the pacific-rim trail, with only a dog named Sprocket, a guitar, and a small backpack. The burning heat of the desert inspired Heller to burn bright as his truest self. To come out of the closet as a weirdo, to move away from “sensitive guy” and into radical flamboyancy. The chill evenings taught him to cool down and accept the apologies
from those who had hurt him, and to apologize to those he hurt. He vowed to no longer look at events in his life as failures, but as steps slowly inching toward the precipice of nirvana. He realized the desert is far vaster and brighter than he had originally thought, but the more he traveled, the more he felt in charge of his own journey.