Rapper Nola B is riding his own wave and captivating fans with his latest release “Book of Nola 2” – Out Now! 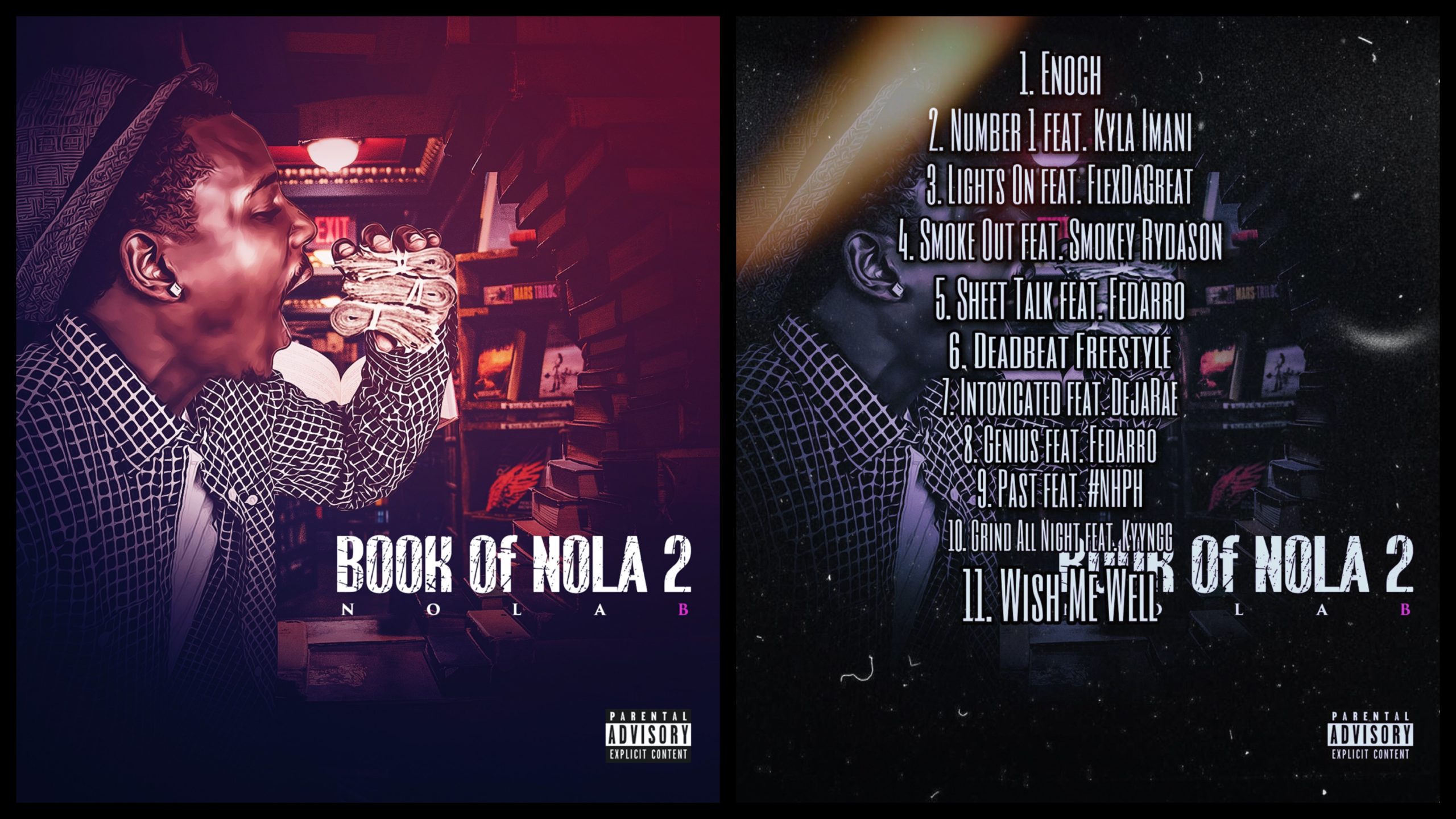 Pressure seems to be the new phrase, or whatever some kids in their room made up yesterday and became “instafamous”. This isn’t that. This is real bars. Imagine a solider coming home and not having a place. There are somethings in life that cause you to stop and say “HE’S SERIOUS”. Maybe it can be from his military background, maybe even that he’s a double major in engineering. Either way it’s captivating and Book of Nola2 rides really well in the car.

“I found myself missing my exit listening to “Wish Me Well”, a melodic track from the production of BigJeezy. The distortion in his vocals blend really well with the track as well as the track “Intoxicated” which features a newcomer by the name of DejaRae. His style resembles a lot of Fabulous and 50 Cent on how he can rap over singing and love hooks. I would definitely recommend BookOfNola2 if you are wanting to hear from artists which remind you of J Cole, Kendrick Lamar, and Jay Z.” says Nola B

Collis James Foster professionally known as Nola B is an American hip hop artist from New Orleans, LA. He is also a producer, filmmaker, and independent record label head of HighCouncilRecordings. Being born in New Orleans forces you to not only hustle but it teaches you to think outside the box being as you can get caught up really quickly in my city, said the New Orleans rapper. The businessman recently produced #NHPH NEIGHBORHOOD POTHEADS VOL. 2 which features a few prominent artists in the city. He also produces and films is own YouTube series called HighCouncilRecordings which features artists from all around the country.

Outside of music Nola B has a lot of personal accolades. He served in the military as well as double majoring in engineering from the University of Houston. He also coaches basketball for his local neighborhood park and provides a lot of free services to upcoming artists which include video production, photography, and music mixing and mastering services. “I’m really just gonna keep pushing and getting better personally and professionally, we all have the same 24hrs and I intend to make the most of it.” continues Nola B