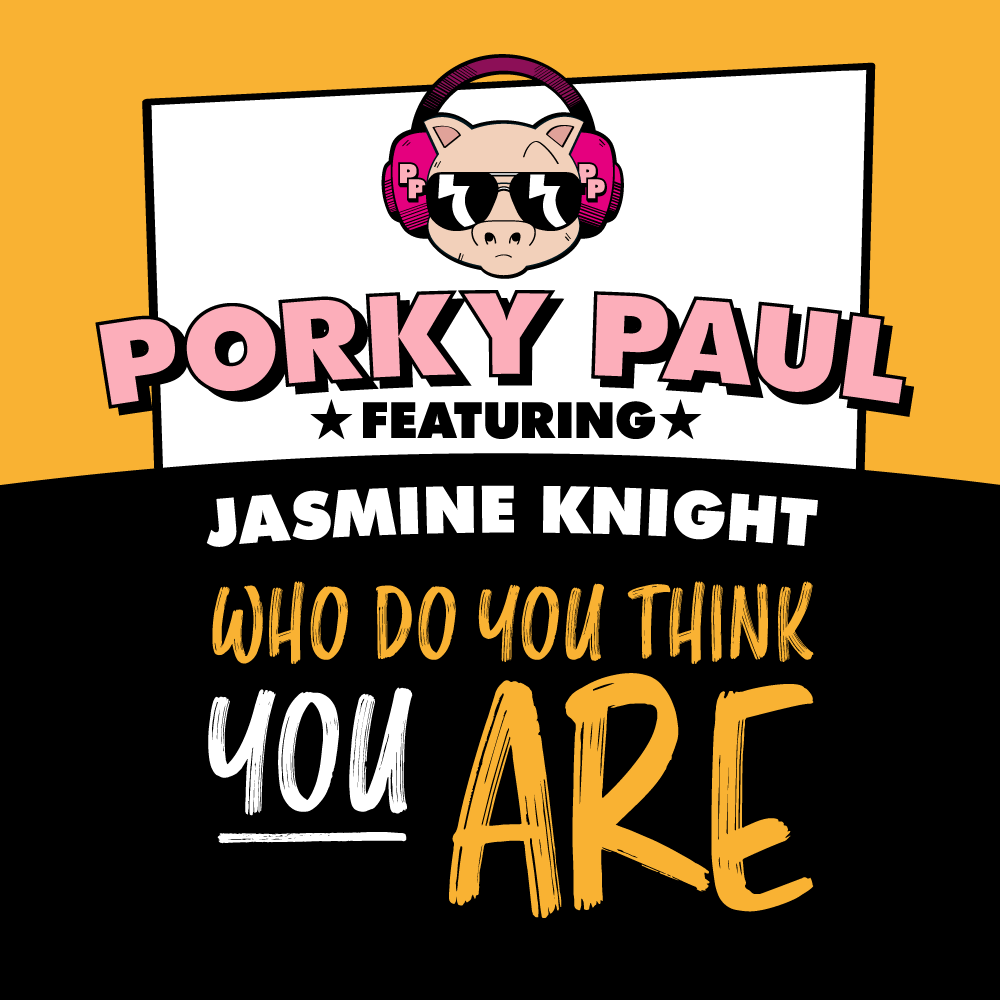 BACK! After the huge release of “Dressed To Kill” featuring Michelle Osborne.

Porky Paul drops another banger “Who Do You Think You Are” featuring the vocal talents of Jasmine Knight which is proven to be doing damage on dancefloors and heating up the radio airways. The remix pack is insane with mixes from Mike Delinquent, Blakk Habit, Brock UK and a Drum & Bass version (No 1 Juno Chart) with the legendary Dope Ammo who delivers a pure fire peak mix causing havoc on the dancefloor. On the flipside MK11 provides a 90s classic rave mix.

Stream it now on Spotify:

Porky Paul started his music life as the Drummer of a gigging Indie band (The Roundabouts) in the early 90s who were based in & worked out of the beautiful Roman city of Bath.

With the full support of their manager at the time Trevor Curwen who was also a sound engineer/producer (Portishead, DNA, Spiritualized & lots of other Artists) and with the help & support of the likes of session Drummer (Manny Elias – Tears For Fears, Julian Lennon) the band built up quite a following in & around Bath, Bristol and the surrounding areas with the famous Moles Club becoming almost like a second home to the Band

Fast forward to the mid 90’s where Porky Paul discovered & “enjoyed” to the max the Club & Dance music scene & could often be found, goggle eyed, & dancing like a man processed in the various clubs in & around Bournemouth and Poole (home to him back then) This is where he started to appreciate & see the huge & positive impact DANCE/HOUSE Music had on the masses & wanted to be a part of it by creating it!

Now living & based out of Kidderminster (West Midlands) Porky Paul is producing & writing House tunes from his home studio, under his own label “Porky Paul Productions” His sound is heavily influenced by the 70’s Disco/Funk era & this can be identified instantly with the rolling funky bass lines, wah guitars all being driven & supported by the funky, banging House drum beat, There is no choice but to  DANCE!!

Over the last 18 months and with the full support & backing of bea1 (Music Promotions – Club, Radio, International, Spotify and remixes) Porky Paul is gaining airplay on Kiss Fm, Centreforce883, Cambridge 105, Flex FM, Funky SX Radio, The Beat London, Shine879, French FM, plus many more, including placements on CD Pool who have been very supportive of the work & have featured several Porky Paul releases within their DJ Packs.

The single with Michelle Osborne “Dressed To Kill” reached number 6 on the music week commercial top 30 and has had nearly 700,000 views on TikTok.

To reach out to a wider audience within the Garage, Urban & DnB scene, the music has been sought out for remixing by some of the biggest associated names such as Blakk Habit, Mike Delinquent, Brock UK & Dope Ammo all of who are big supporters of the Porky Paul sound & have all smashed it with their remixes

Going forward Porky Paul is collaborating & working with various Featured Artists, so watch this space & keep an eye on Spotify & all other Digital stores along with the socials

Categories: Music News from Discover Media Digital
Tags: Jasmine KnightPorky PaulWho Do You Think You Are