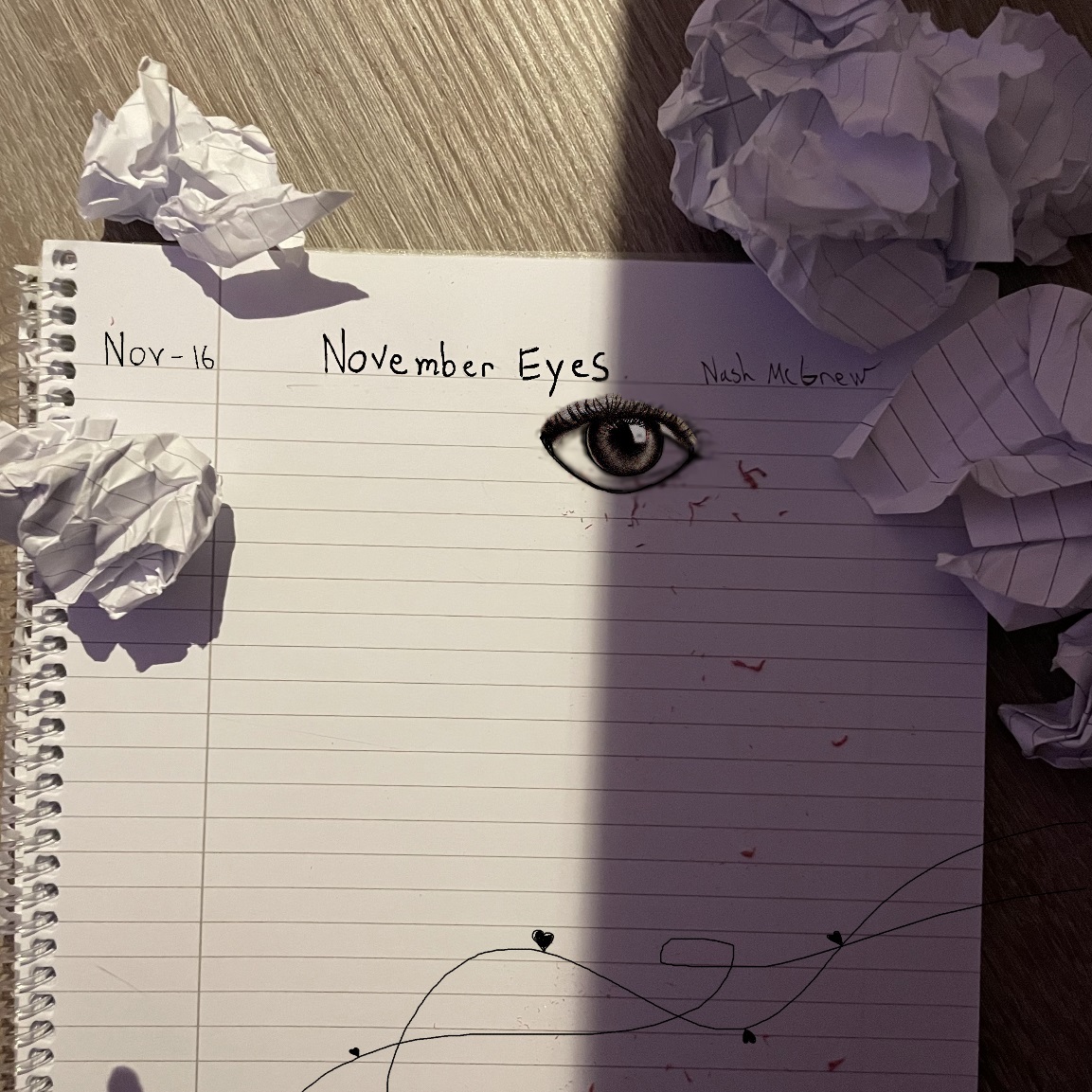 ‘November Eyes’ is the new single from ‘Nash McGrew’. Talking about his music, influences and the single he says “I wrote and produced this song a couple weeks ago. It’s a winter love song. My music influences are definitely Ed Sheeran, post Malone, Billie Eilish, and a lot of others but those are the main ones. I really take inspiration from Ed because he writes and produces his music all himself, so that’s really awesome and uncommon“.

“I’ve been making music my whole life but just as of last year I got a setup to actually record and produce my music, the only thing I don’t know how to do is mastering my songs. I don’t actually know how to play piano or guitar, like I’ve never taken lessons. Im just able to make notes and cord progressions that I think sound good for my songs. I write all my songs, I produce every element and sound that goes into my music. My genre is still changing as I progress with music but I feel like it is in the love/heartbreak song category, like pop/ slow songs. This November eyes song is a love song about two people. It’s telling a story about their love and how even though things may be going great there is still doubt in his mind”.