‘New York in chains’ is a brand new movie from filmmaker, director and producer ‘Don Lewis’ with new single ‘We Believe’. 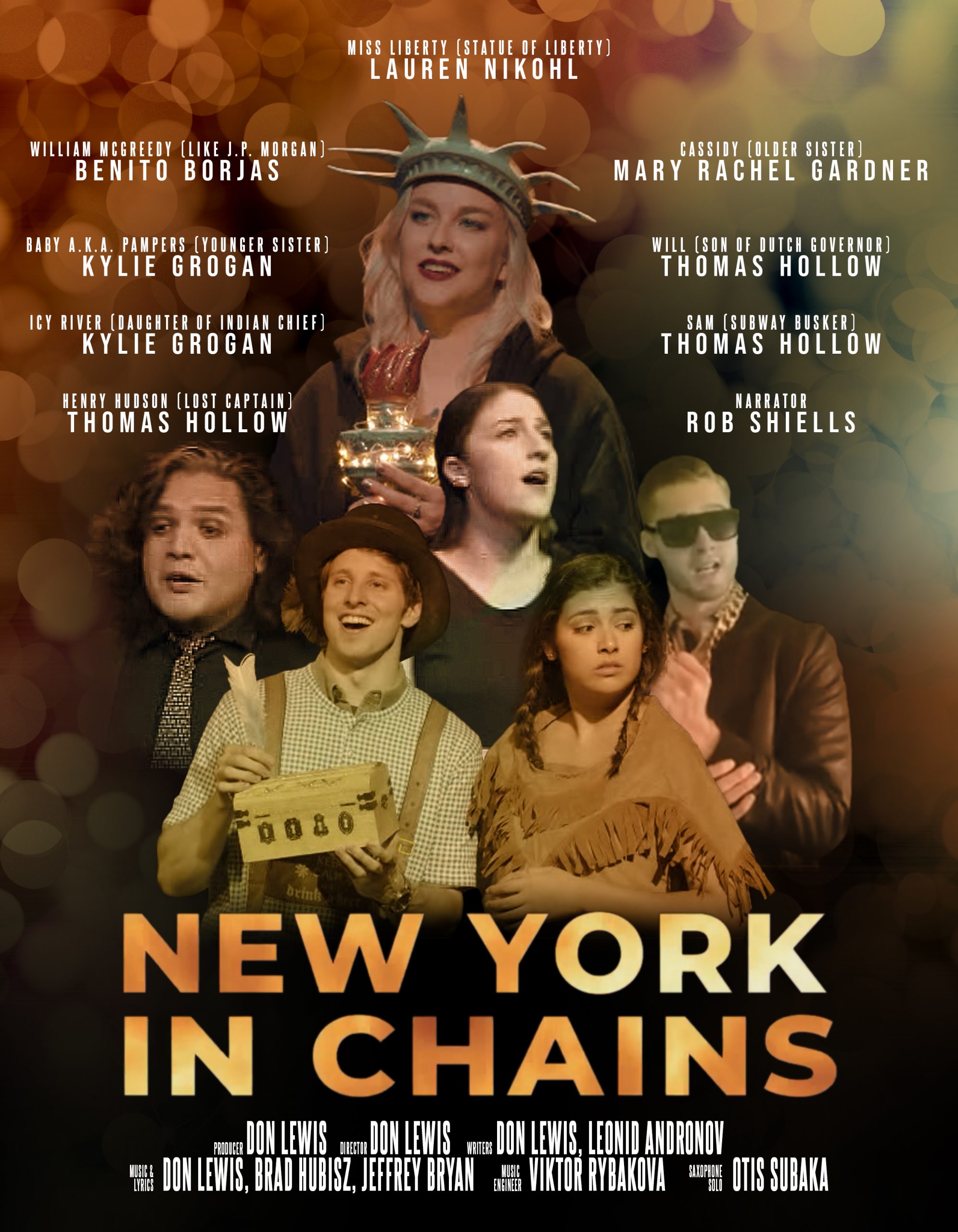 Talking about the musical movie, ‘Don Lewis’ said “We have a 45 minute staged musical movie with all of the songs produced separately in the recording studio. My cast is from USC and UCLA graduates and around the world. I’m lucky to attract the best . My co-composer, piano arranger, Jeffrey Bryan on the songs, tours with the rock band SURVIVOR.

What’s it all about ?

NYC is dark. The Statue of Liberty is sad and lonely. She leaves her island with a mysterious key and secret. Two sisters, living in an illegal AirBnB garage apartment, enlist to help Miss Liberty and solve their own problems with the evil landlord William McGreedy. Through song and dance, the sisters discover heroes that teach them how to save the free world and the light of freedom.

What are the film critics and Industry saying ?

“I loved all the songs and the performances. There’s some real talent here. Don is an excellent song writer. All of the songs were catchy, moving or just plain fun. The singers were amazing.”  James Royce

“I liked the musical aspect of it with its Broadwayesque style flavorings.
I liked that it gave a history lesson of how Manhattan New York became who she juxtaposed of New Yorkers hustle and bustle.” Maat Atkins

“Mary Rachel Gardner has beautiful voice and was excellent in multiple roles.  Nothing could be improved. Great job! This was a charming show that was very entertaining. As a New Yorker, I loved a musical that included a modern day story with a thought line that took us into NYC history. The show was an hour long. I would be interested in seeing the full version.” KRISTEN NAPIORKOWSI

“Greedy McCreedy definitely breathed life into this play with his comedic relief of timing, sarcasm, and all around witty personality. The music was very nice and backed up with some very beautiful and talented vocals from each cast member.”  Andrea Carlton

The new single ‘We Believe’ from the musical movie ‘New York in chains’ is now on the playlist of New York FM Digital so make sure you tune in to hear it alongside New York Classics and new music.

The head of music for newyorkfm.digital said he loved the new single ‘We Believe’ from ‘Don Lewis’ and the musical movie ‘New York in Chains’, with it’s haunting, cinematic, suspenseful and Cher meets Bond-like production, beautiful melodic vocals, lush EDM Beats, synths and timeless movie pop appeal, that sends shivers down the spine as you get up to race to the dancefloor. The single is now on the HOT HIT playlist and so will be played approx 2-3 times an hour all day and night on New York’s favorite Radio station, New York FM Digital.

Who are the Characters ?