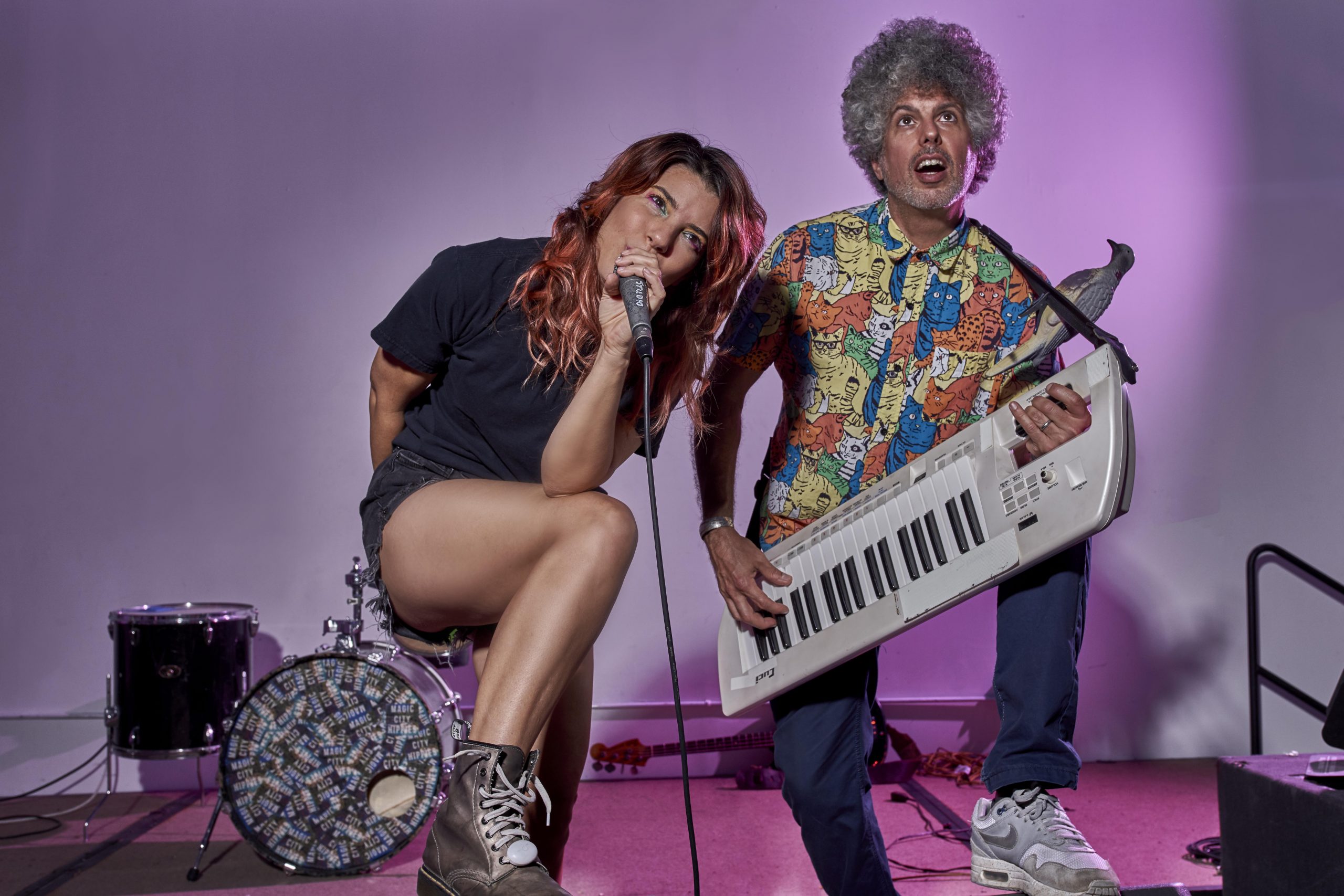 Miami-based electro-funk duo Afrobeta will debut the music video for their new song, “Chancletazo,” a Spanish-language track, and lead single off their upcoming album, Illusion Motel. Directed by Miami native Biagio Musacchia, the video plays out like a quirky short film. In it, a young teenage boy is plagued by the chancletazo, which for the uninitiated–is a verb meaning “to smack with a chancleta, i.e., a flip flop sandal”.

Despite not speaking Spanish, director Biagio says of the song, “It lends itself to the magic of the chancleta I always heard about growing up. Stories of chancletas swerving around corners and navigating hallways to precision strikes.” Magical realism weaves itself throughout the video as the boy is visited at nightfall by the Rat King, who promises to lead him to a curandera, or witch, who can put a spell on his mother’s chancletas, rendering their striking force useless. Along the way, he meets a synth wizard who provides a map to the witch’s lair. The boy follows the map tracing his way through local Miami haunts until he finally reaches a tent in the woods for a fateful meeting with the witch.

Afrobeta has been tearing up dance floors in their hometown since 2006. Formed by lyricist/vocalist Cuci Amador and synth-centric producer/arranger Smurphio, their mutual love of catchy songwriting, Cuban pastries, and dancing til’ 5 AM, is what initially inspired them to make music together.

Their fourth full-length album, the self-produced Illusion Motel, is set to be released in November on their imprint, Pubic Zirconia.