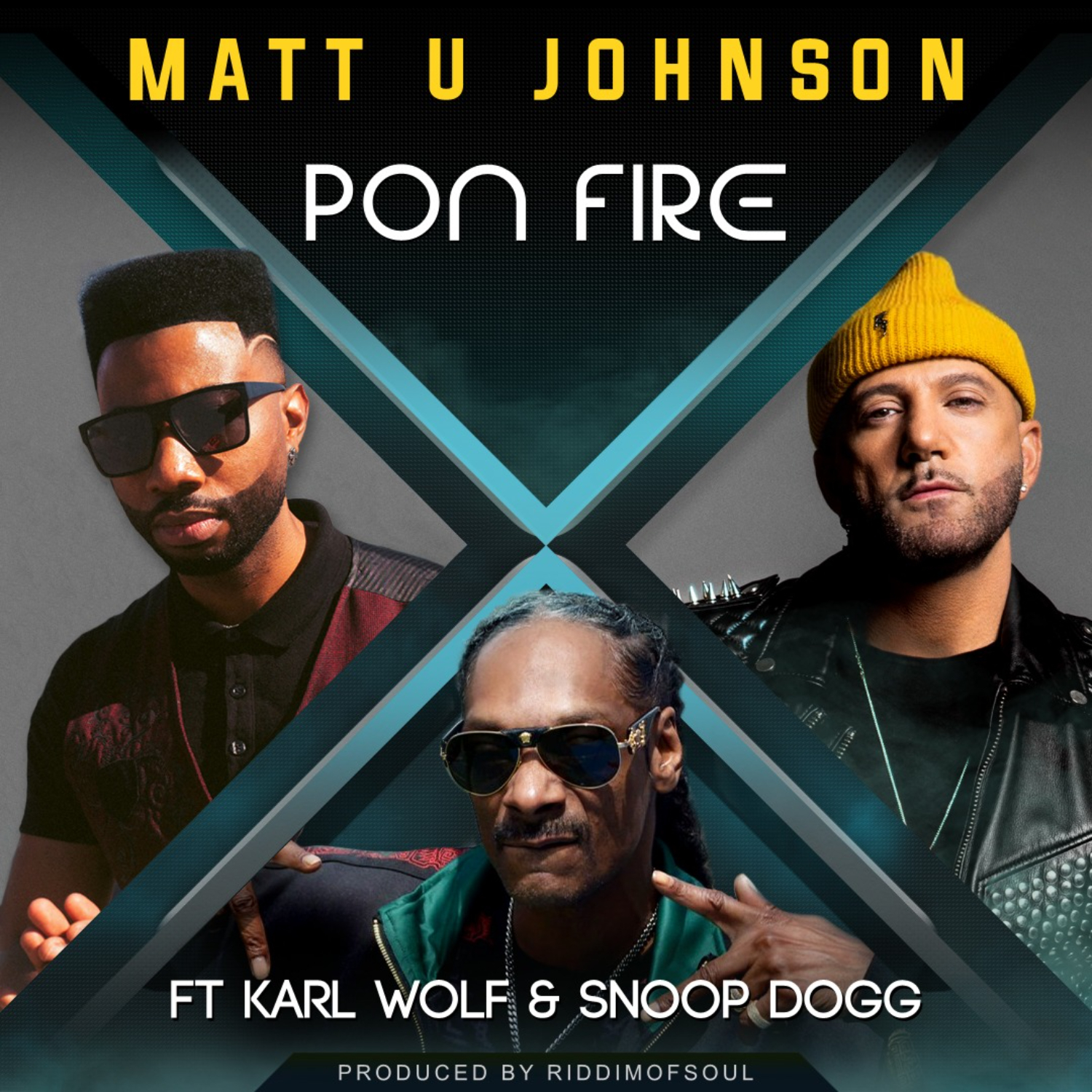 The Face of musivv MIXERS (a segment dedicated to featuring artists outside of the Middle-East) Matt U Johnson set to release a major single with hip hop icon Snoop Dogg and international Lebanese-Canadian pop sensation Karl Wolf. Currently residing in the borderland Matt U Johnson has been grinding in the industry for quite some time now and is determined to showcase his eclectic sound to the world with this new release ‘Pon Fire.’

The multi-faceted virtuoso said the journey was “quite the process” having producer Riddimofsoul work on the track from a distance. “My producer is in London, Ontario and I’m in El Paso, Texas on the border of the USA and Mexico. So we ended up sending files back and forth and believe it or not some files were recorded via my iPhone (laughs).”

MUJ’s eclectic and extensive musical background with experience, combined with his overwhelming determination for performing, has led to his up-and-coming career as an artist that can’t and won’t be stopped. It is not a surprise he caught the attention of global music-industry big names.

The connection to the award-winning and legendary Snoop Dogg was organic when the two met in Los Angeles. As for Dubai-raised artist Karl Wolf, having lived and spent some time in Toronto, Canada paved the way and open doors for Matt to connect with the superstar. The stars were aligned as one would say. “I was talking with Karl Wolf for some time now over Instagram because I had lived in Toronto, Canada for a year we knew some of the same people,” said Matt. “It’s an amazing feeling having these two legends on the track. Very humbling,” he added.

With roots in the Caribbean nation of Jamaica and his birthright in Staten Island, New York, Matt U has been bringing a new and improved flavor to the music industry. His lyrical singing style is unique, blending solid elements of Pop, R&B, Hip Hop, and Reggae along with EDM. With his recent release ‘Gwan Get It’ with Canadian hip hop legend Choclair & Latin Grammy nominee Sito Rocks gaining international recognition, ‘Pon Fire’ is another sure-fire hit blazing the airwaves.

“This song is actually for female empowerment. It’s a tune dedicated to all the strong, secure, and sexy ladies out there who want to feel good while listening to the track,” Matt said about how he envisioned the song to transcend listeners.

Matt’s resume is nothing short of decorated. He has opened up for Reggae Super Stars Buju Banton, I-Wayne, Hip Hop artist’s Mann, Cash Out, Jazz Cartier, EDM legend Kshmr & Latin Grammy nominee Christina Eustace at Minerpalooza in front of 35,000 people. He appeared in the Grammy Award-Winning band Steel Pulse music video ‘The Door of No Return’ in a cameo scene. It is not a surprise he caught the attention of global music-industry big names. “This track has to be one of my biggest achievements to date having such amazing acts on the same track with me. It’s a dream come true!”

His success has gone far and wide. But it’s just the beginning for this Staten Island native. His life so far has been a constant reminder that anyone can achieve their dreams. “Yes, I just want to tell the masses worldwide anything you put your mind to you can do it! Never give up on your dreams.”

Matt U has made appearances at such venues as the Madison square garden film festival, the Apollo Theater in Harlem and MTV’s total request live show, and the world-famous Sugar bar. Catch his latest single ‘Pon Fire’ on all digital music platforms.