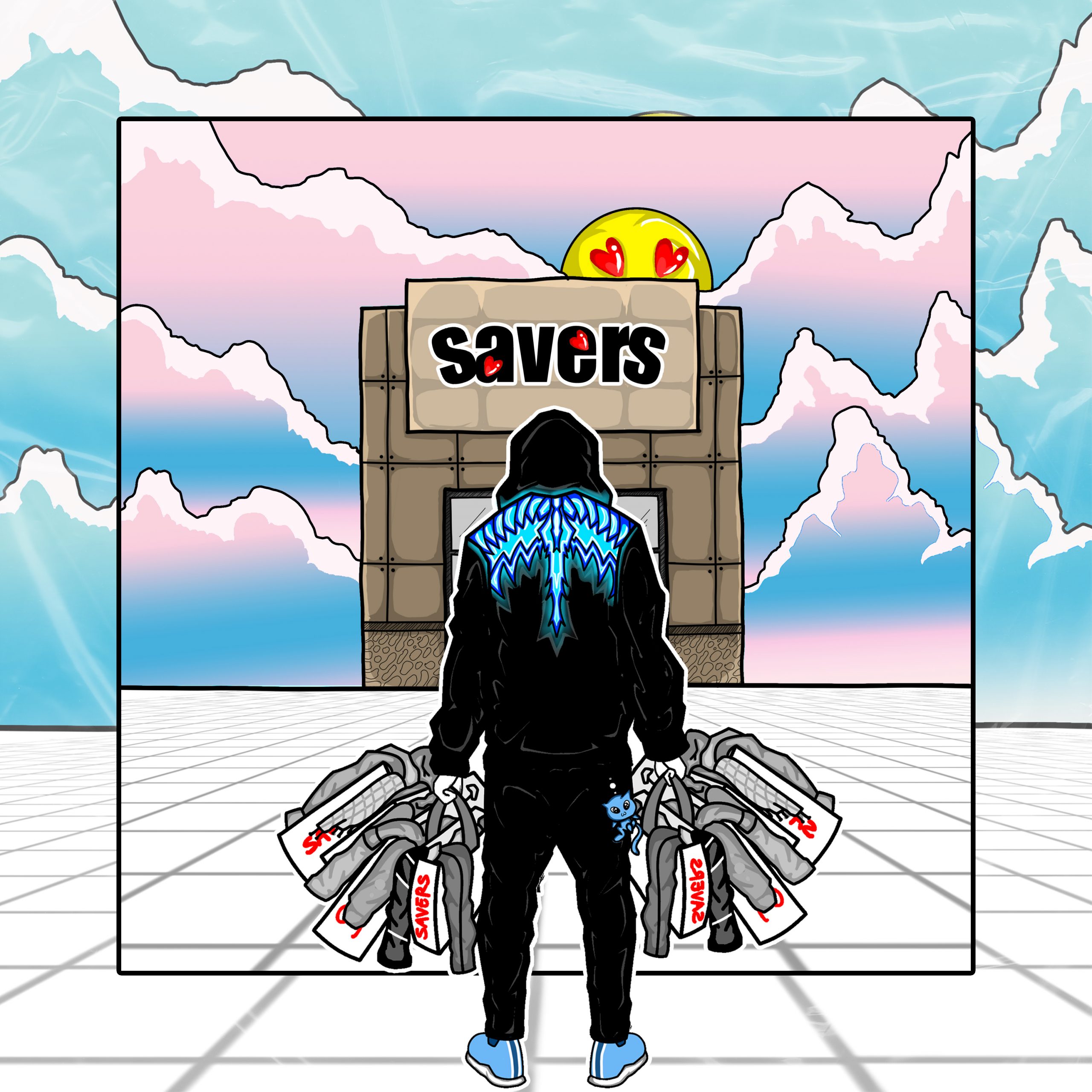 Heart Eyed has just releases a new song called ‘Woke Up In’, produced by Falsecut under the alias Vinnythewizard. This single is part of an upcoming EP title ‘Savers’.
Heart Eyed’s vocal delivery is a mix between Baby Smoove, Rio Da Yung OG, with hints of Curren$y and Drake flows mixed in, all while drugged out on whatever he’s taken that day. The result is a very dry, to the point attitude
that almost forces you to agree with or think twice about whatever he is
rapping about.

The beats are ridiculously hard-hitting, with an unforgivably heavy, yet
bouncy 808 bass line, crisp and in your face drums, and a melancholy/spacious/orchestral melody to bring it all together. This
somewhat confusing mixture is what makes Heart Eyed’s new singles from
his upcoming EP, “Savers” sound rigid, one-of-a-kind, truthful, and
painful when talking about the harsh realities of his own world and the
world around us.

Heart Eyed is not the type to lie to his listener’s; he simply opens the
door to a world potentially unfamiliar to those who haven’t struggled
with drug addiction, a poor/broken family, and loyalty within your group
(among many other topics, some of which seem to appear unrelated or
distant). He plans to continue dropping more songs off the EP/Mixtape as
singles exclusively on his own Youtube channel until the full product is
complete and music video production can begin.

Heart eyed is from New Hampshire, has lived in and connected with many
artists in Boston, and currently stays in Los Angeles as part of his
plan to change the world for the better with his conscious effort and
team of dedicated artists/individuals.