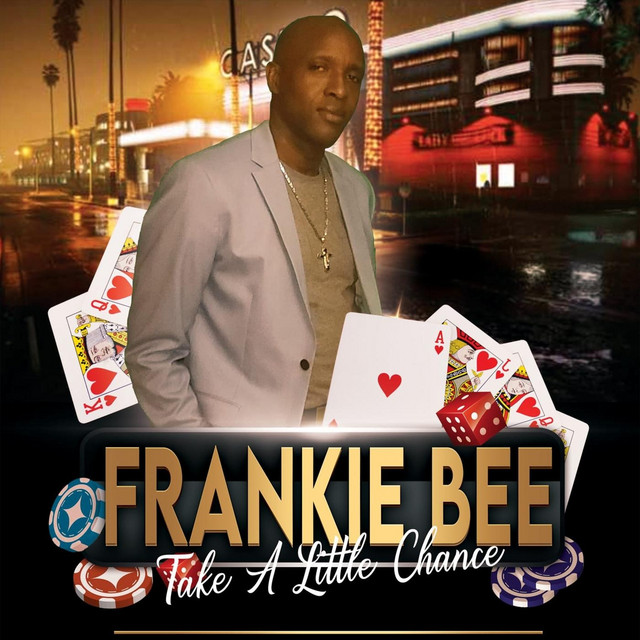 Frankie Bee is a Jamaican born, US-based Lovers Rock artist emerging from the underground after years of faithfully honing his talent across the east coast.

A son of the St. Mary soil, his passion evolved throughout high school and into college, where he found the confidence to deliver live performances.

Though the only thing truly consistent in life is change, the only constant that has remained is Frankie Bee’s love for music.

A chance meeting with Freddie Mcgregor who heard a Frankie Bee single in passing, would become the flame to light the young artist’s musical embers and Frankie Bee has never looked back since the encounter; releasing independently his digital debut “Coming Home” in late 2020, and the follow-up single “Jah Guidance” in 2021.

Faced head-on with the challenges of the COVID pandemic, Frankie has however, remained musically consistent, delivering the ambitious 7 track EP, “Take A Little Chance”, in late 2021.
Since the EP’s release, the project has found favour with fans in the UK, Brazil, Germany, Italy, Nigeria and The United States, and in the process, generated over 300 Album Equivalent Units(AEU) and over 35,000 Spotify Streams since its release six weeks ago.

The album title track “Take A Little Chance” has been picked up by terrestrial radio in Brazil, Canada, Nigeria and Jamaica, and continues to find its way on premium digital Reggae playlists across Europe and North America.

A visualiser for the album was released over the weekend and is a retro-themed video, that captures the narrative of the single, has found a buzz online with over 4000 streams generated in its first 48 Hours.

To learn more about Frankie Bee and his music visit.