Fast-rising American music Diva and rave of the moment, Shavonne Desiree Latin, better known by her stage name, Dirty Diana, premieres a new single titled ‘Give Give It To Me -Je Je Je’ to firmly announce her grand entrance into the world of Pop/Afro fusion.

Record label boss, Don Crucifixto wasn’t bluffing when not long ago, he revealed his game plan of unveiling the first official female signee of his entertainment outfit. The music label boss did not conceal clues on who she is and what to expect; it only made it easier to welcome her and truly see what she got in store. Critics are already lining her up as the new queen of Afro-Fusion sounds. ‘Tiwa Savage take heed,’ is the words on their lips.

Dirty Diana began her career in music as an 18 year old who couldn’t even afford quality studio time and also funds to properly promote her music. However, her precocious talent, tenacity, and dedication was too obvious, and this gave her an edge over her contemporaries, consequently drawing the attention of Music company, Don Crucifixto. Diana’s time so far in the music scene is a microcosm of the artistes innate beliefs for as she loves to put it: “No matter what you go through. You have to believe in yourself and put the hard work in and make sure you are successful.”

Speaking about the artiste, Alethea Lewis, an executive of the entertainment outfit, said: “Expectations from Diana’s musical sojourn as the queen of Don Crucifixto Entertainment is nothing short of pure soul, quality R&B, sweet rap and more sounds she chooses to explore. Je Je Je will be our first taste of her, and we are sure to want more after this.”

Don Crucifixto is an American-based Nigerian entertainment outfit founded by Tumininu Oluyole, a successful show businessman and entrepreneur who officially launched the brand in August 2020. Besides its musical ventures, the company is a renowned name in philanthropy and community development, where they keep changing lives as a non-governmental organization.

“We are a record company hugely committed to contributing to the growth of Nigeria and other African countries. Despite being domiciled in the United States, our company’s digital marketing sector has long been outsourced to Nigeria where all operations fully take course“, said the executive.
The company currently has an impressive array of gifted artistes, music executives, digital media gurus, and a host of cinematographers who join their expertise together for flawless results. 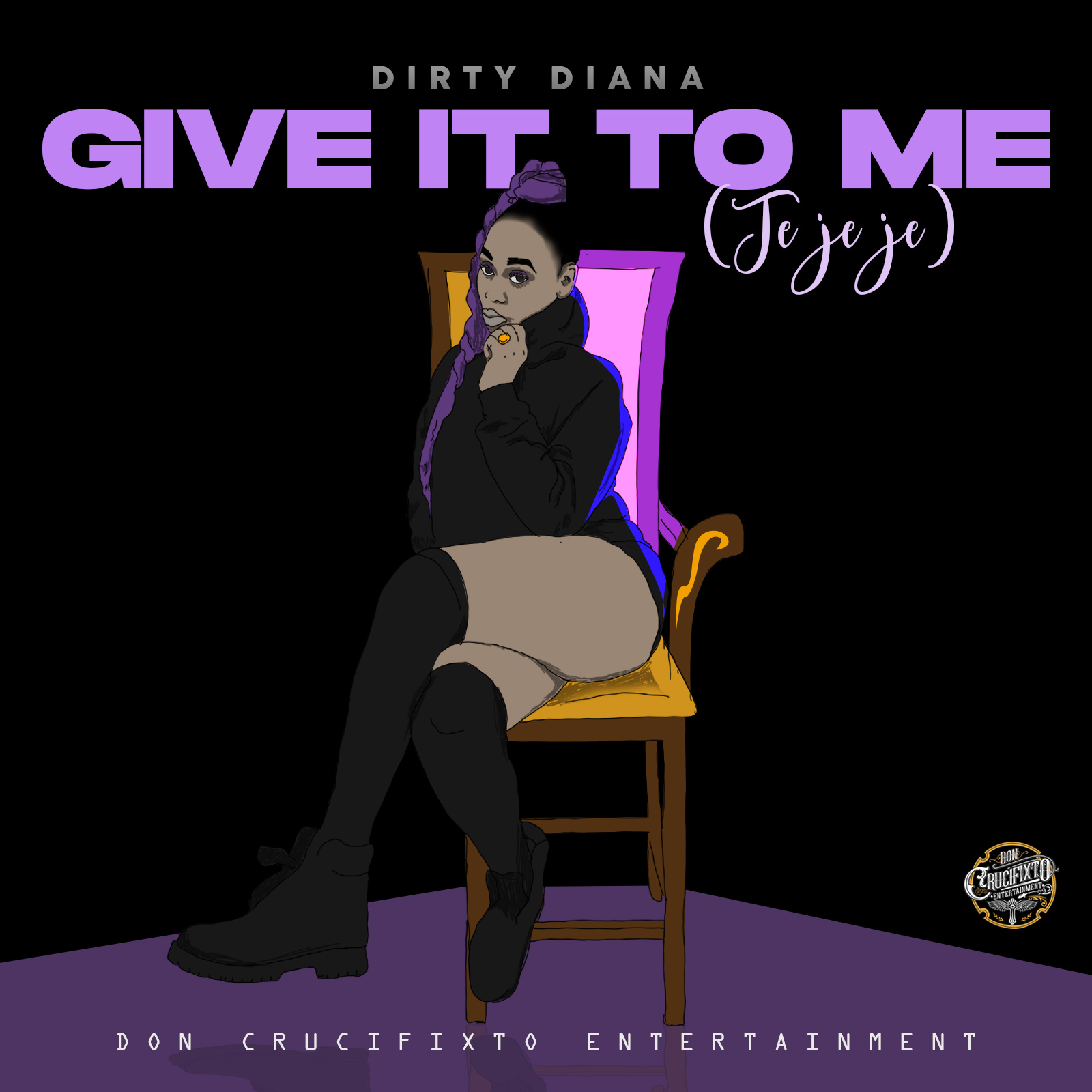 Listen to Dirty Diana’s ‘Give It To Me (Je Je Je)’ here:
https://dirtydiana.streamlink.to/jejeje