De’ja Mulan: From Influencer to Artist who releases new single ‘No Time’ 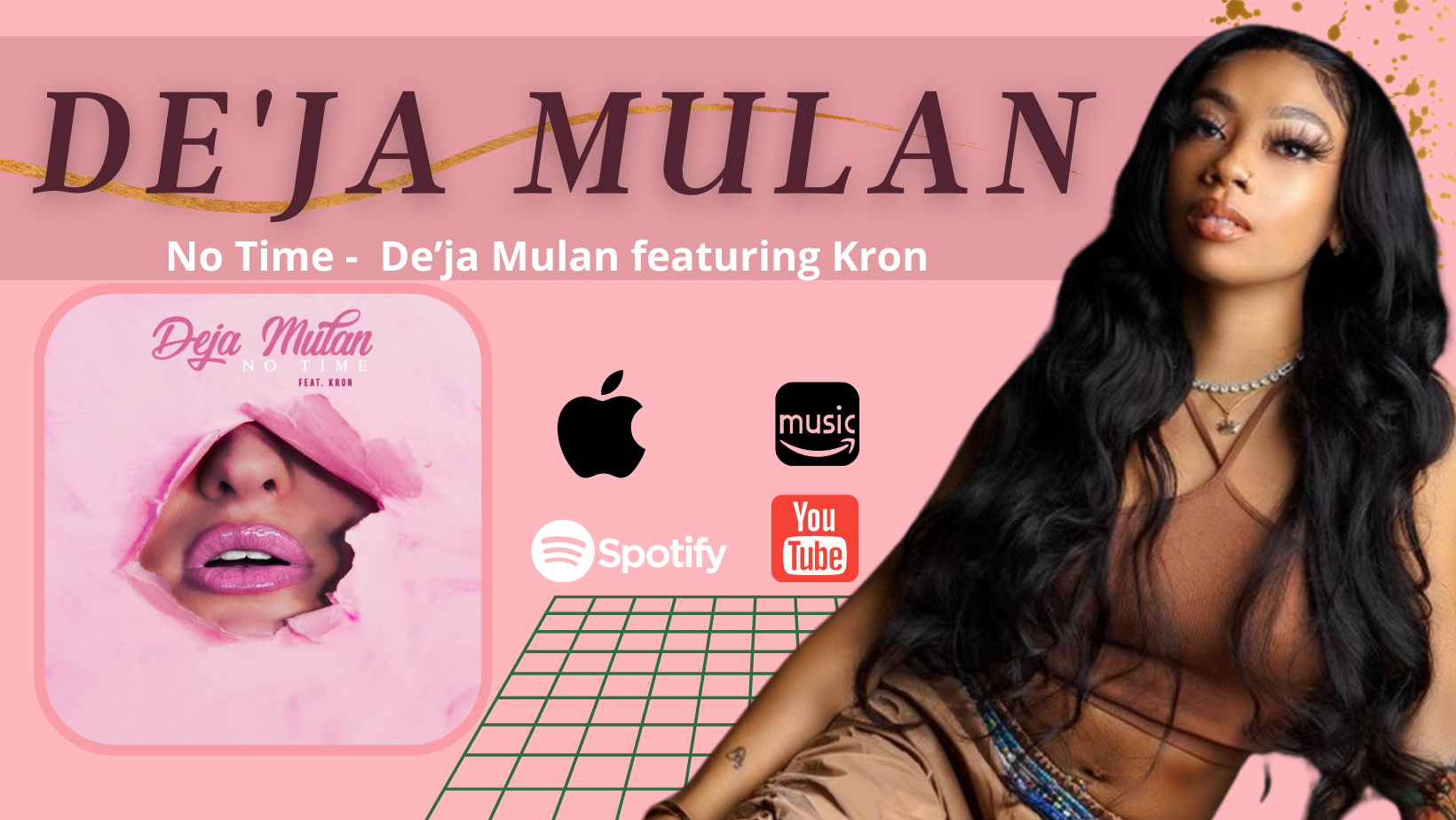 De’ja Mulan, born as De’ja Davis in Suitland, Maryland, is a Black-Asian singer, songwriter, and social media influencer. The sultry demeanor of the singer embodies the philosophy that “less is more.” During her time at Suitland High School, she was a singer and dancer and developed a passion for entertainment. That passion continued as she had high hopes of becoming the music industry’s next pop artist.

At age 19, she was permanently injured during her brief service in the military, resulting in a medical discharge. In the midst of developing her artistry and recovering from her injury, she decided to take her music in a different direction by transitioning into R&B. She simultaneously compared herself to Mulan, a Chinese Disney character  who impersonated a male soldier in the Chinese war to protect her father after he was unexpectedly drafted. Mulan was one of the first Disney princesses of Asian descent, serving as the inspiration behind the name “De’ja Mulan”.

Her creativity and desire to make an extra income led her to create her online personality “Superiorasian”. From there, she curated a host of content on a social media platform known as vine, using her newly acquired popularity to create a buzz around her music. De’ja has captured the hearts of thousands, consistently going viral with her personality videos.

Subsequently, De’ja signed to a private label that possessed distribution with Warner Music Group. She had the opportunity to do press tours, live shows, podcasts, and other appearances to increase awareness of her brand. Warner also distributed her single “No Time” featuring K’ron. Her growing fame enabled her to start her own business and continually build her reputation on social media. She would later separate from the label to pursue her career as an independent R&B artist.

Although De’ja enjoys many music artists, she openly expresses that Sade is her sole musical inspiration. “She’s a classic; her as an artist. Her poise and her aura. She’s in a lane of her own. That’s how I started”, she says. “ I want to be somebody that people like as a person. She really reflected positivity, poise, and grace.”

De’ja  recalls her school administrators affectionately referring to her as Sade.  “A lot of people said I looked like her when I was in school”, she says. This piqued her interest and sparked an admiration for the legendary artist.

When asked where she sees herself  five years from now, De’ja explained that she wants to give back to independent artists in the future. “I want to be a mentor and A&R to develop artists that were in the position I was in. I want to be able to say I paved the way for upcoming artists so it’s not as hard for them as it was for me.”

Her advice to artists still pursuing their dream of being in the music industry is to be persistent. “ That was one of my downfalls . I let a lot of things interfere with my career,” she says. When De’ja feels defeated she uses meditation and Buddhism as practices to conquer her fearful thoughts. “ I just tell myself to just breathe. That deep breath really brings me back.”

De’ja believes that if you are passionate about something, it should remain a priority above anything else. “ It’s such a long process; it’s not an overnight process. It makes people feel defeated or get distracted. It’s so rewarding when it takes off, so consistency is what  matters most.”

De’ja Mulan’s music can be found on all streaming platforms as De’ja Mulan and her handles for Instagram and Tik Tok are @Superiorasian. Her potential is limitless and her success continues to blossom as she builds her online presence with a perfect balance of music and media.