An Outstanding Win For Fadi Awad In The European Cinema Festival 2021! 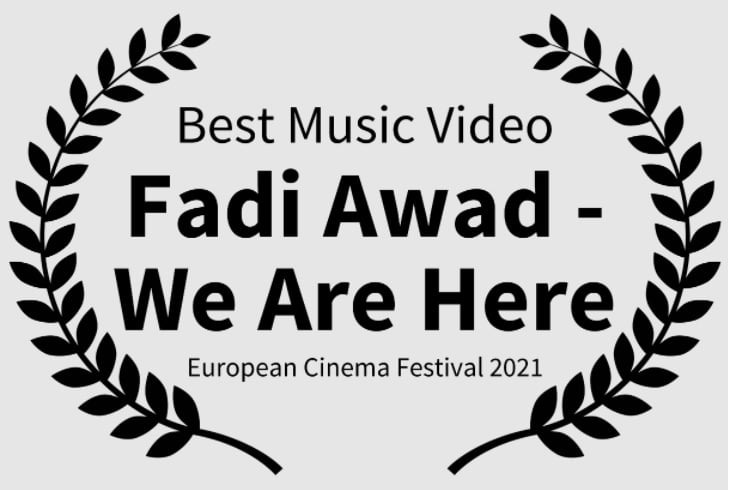 This year, Madrid hosted The European Cinema Festival, where the screening program and the winners were announced on Friday the 26 of February.

As for the other winning tracks, they are a part of Fadi Awad’s project “Reach The Sky” that is labelled by “Proconwire”; this EP was charted on Billboard, Euro Indie Chart, and top digital stores and DJs platforms. “Reach The Sky (Drew G’s Dirty Pop Remix)” had previously won in the “Oniros Film Awards”, and “Reach The Sky (StoneBridge & Damian Hall Extended Epic Mix)” had previously won in The “LA Music Video Awards”.
In his related press interview on “Kiss Intl 107.7”.

Fadi thanked the main festival’s Organizers and Judges for the wonderful organization and the big appreciation. He also thanked all his supporters for their continuous appreciated support and added: “I feel proud and humble at the same time to add this important winning result to my portfolio! I’m so grateful for this big achievement and will always do my best to get the maximum good results possible!”

Congratulations to the winners on this very important big achievement!