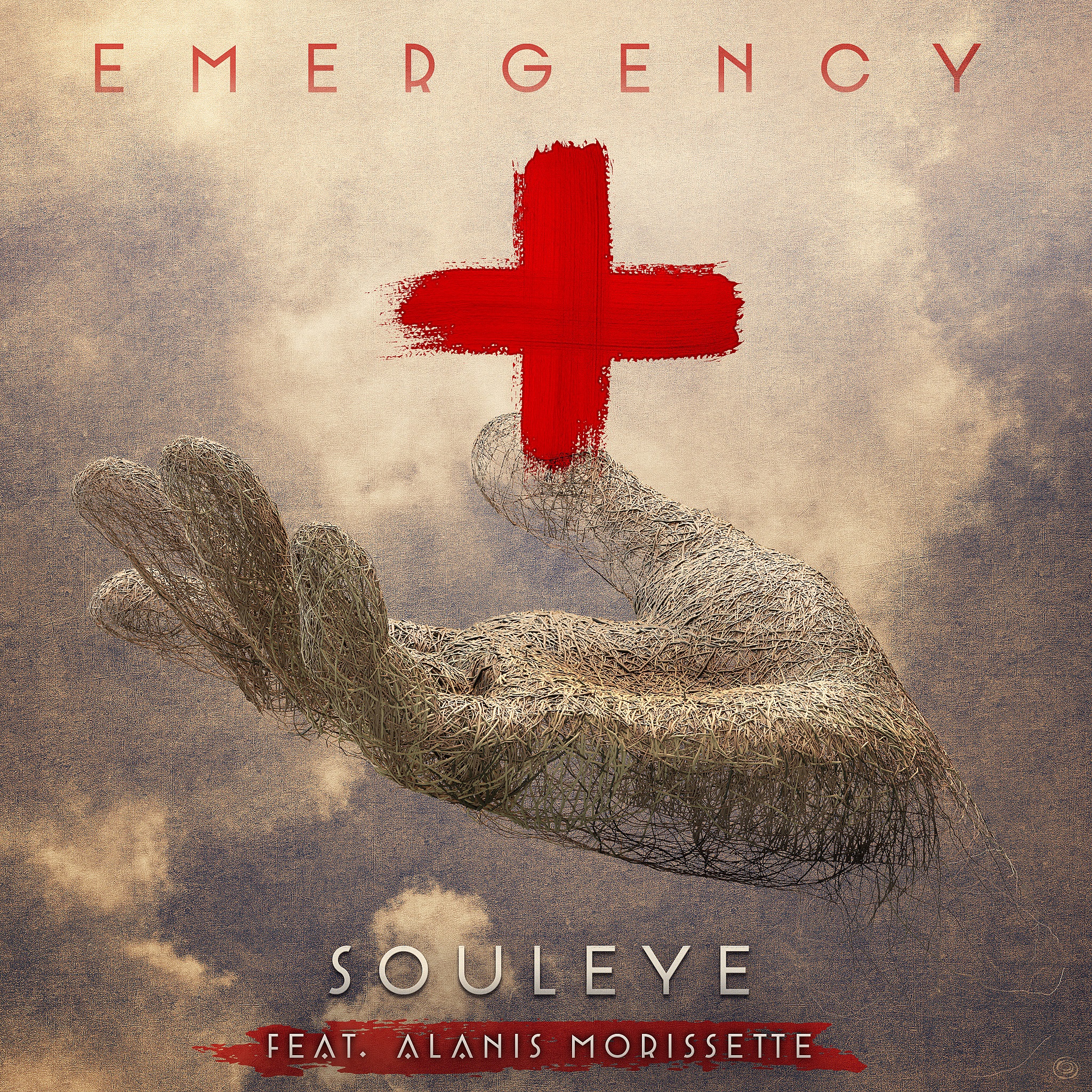 “Emergency” is the lead single off Souleye’s upcoming highly-anticipated full-length album, Disguised As Tomorrow, the follow-up to his acclaimed album, hunting teardrops, released last spring. Produced by Bil Bless, the latest collaboration from Souleye and Morissette is an arresting anthem lyrically examining the current state of our world, and the self-created and sometimes self-imposed illusions of division we create amongst each other and within ourselves. Overflowing with searing urgency, the gripping hip-hop/rock track kicks off with meditative and fierce beat-driven rap verses by Souleye, before spiraling into a fiery charged chorus from Morissette: “If I resist all that toils around in here, it chases me down til I turn to greet it all.”

“Emergency” follows previous collaborations from the two, including 2017’s “Snow Angel,” and 2012’s “Jekyll and Hyde” and “Ego” off Souleye’s Iron Horse Running album. With nearly a dozen studio albums, EPs, and countless singles, Souleye has become one of the most prolific voices in the independent hip hop community for nearly two decades. In addition to touring as a solo artist, he has toured with BLVD and frequently collaborates with wife Morissette and other artists across virtually every genre.

Souleye’s new single “Emergency,” featuring artwork inspired by the song and designed by
Mike Bundlie, is now available across all streaming platforms starting on April 15, including Spotify,
Apple Music, and others. For more information on Souleye and his upcoming album Disguised As Tomorrow, visit www.souleye.com, and follow him at @Souleye on Instagram, Facebook, and TikTok for more news.